Skip to content
A program called Amudum Thaenum On the occasion of the 88th birthday of legendary actress Rajasulochana,was held at Andhra Club, T.Nagar, on behalf of Mr. Devi Krishna by NGL Foundation, with the participation of legendary actresses.
This is a program to remember and cherish the memories of  Veteran Actress and dancer Kalaimamani Smt Rajasulochana on her 88th Birth Anniversary

Senior actresses Golden Girls of the  1960s and 1970s screen industry Smt.Lata Saba, Lakshmi Bhai, ALS Jayanthi, Sujjaritha etc. participated as special guests of the event and many celebrities and social activists participated in the event. 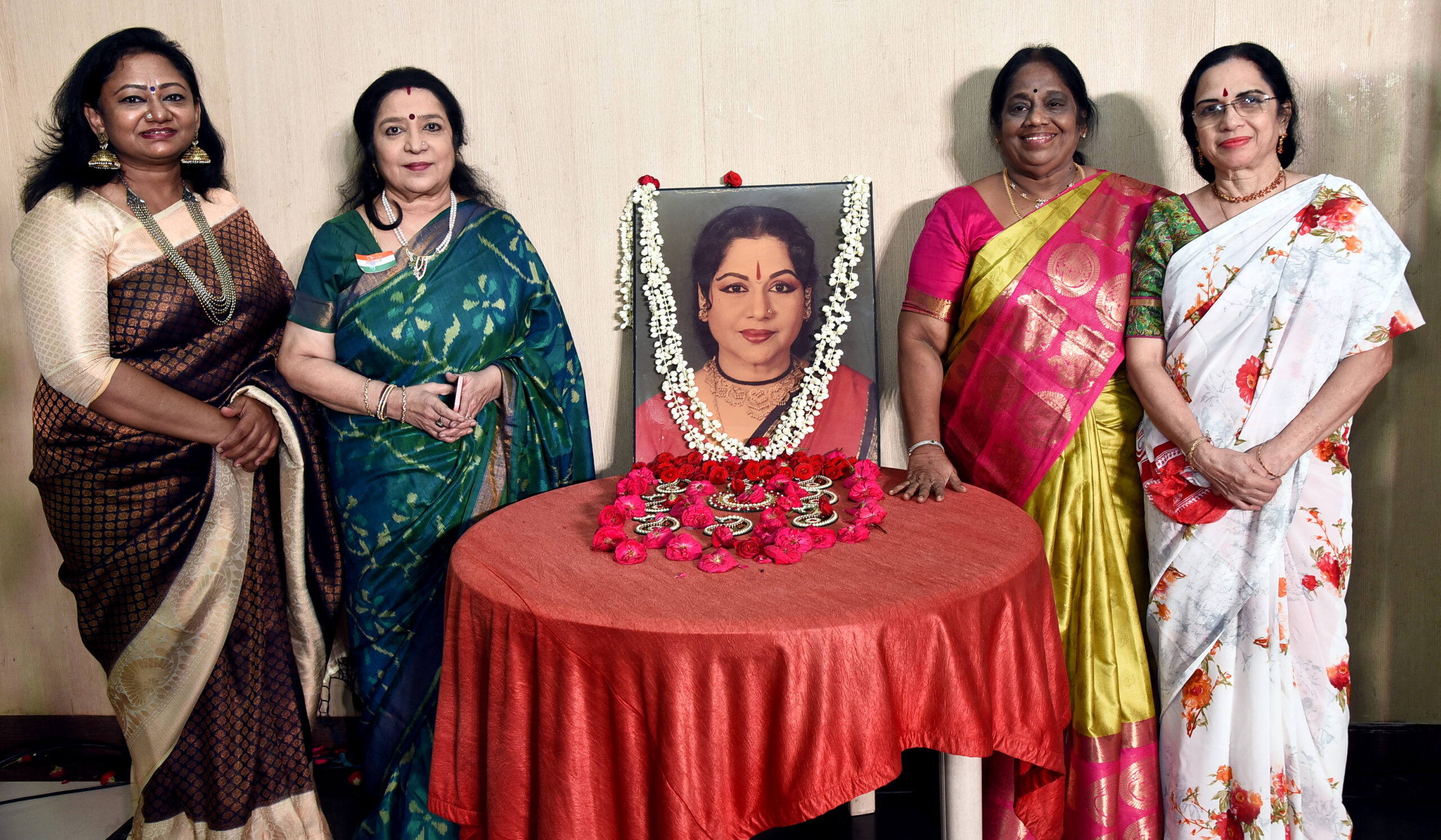 On behalf of NGL Foundation, a program called Amudum Thaenum was held to commemorate the late veteran actress and dancer Rajasulosana’s 88th birthday.
During this program, on behalf of NGL Foundation, on behalf of the country’s 75th Independence Day, two students from below poverty line namely Abhishek and Jayshree were given scholarships.
Movie and song clippings of the versatile actress  screened on this occasion.