We are all aware of the magnitude of impact that Ponniyin Selvan has been creating over the years particularly so in the recent past. With a mega movie on its way, much furore is being created in SM platforms by hundreds of Ponniyin Selvan fans casting views and sharing news each in their own way. 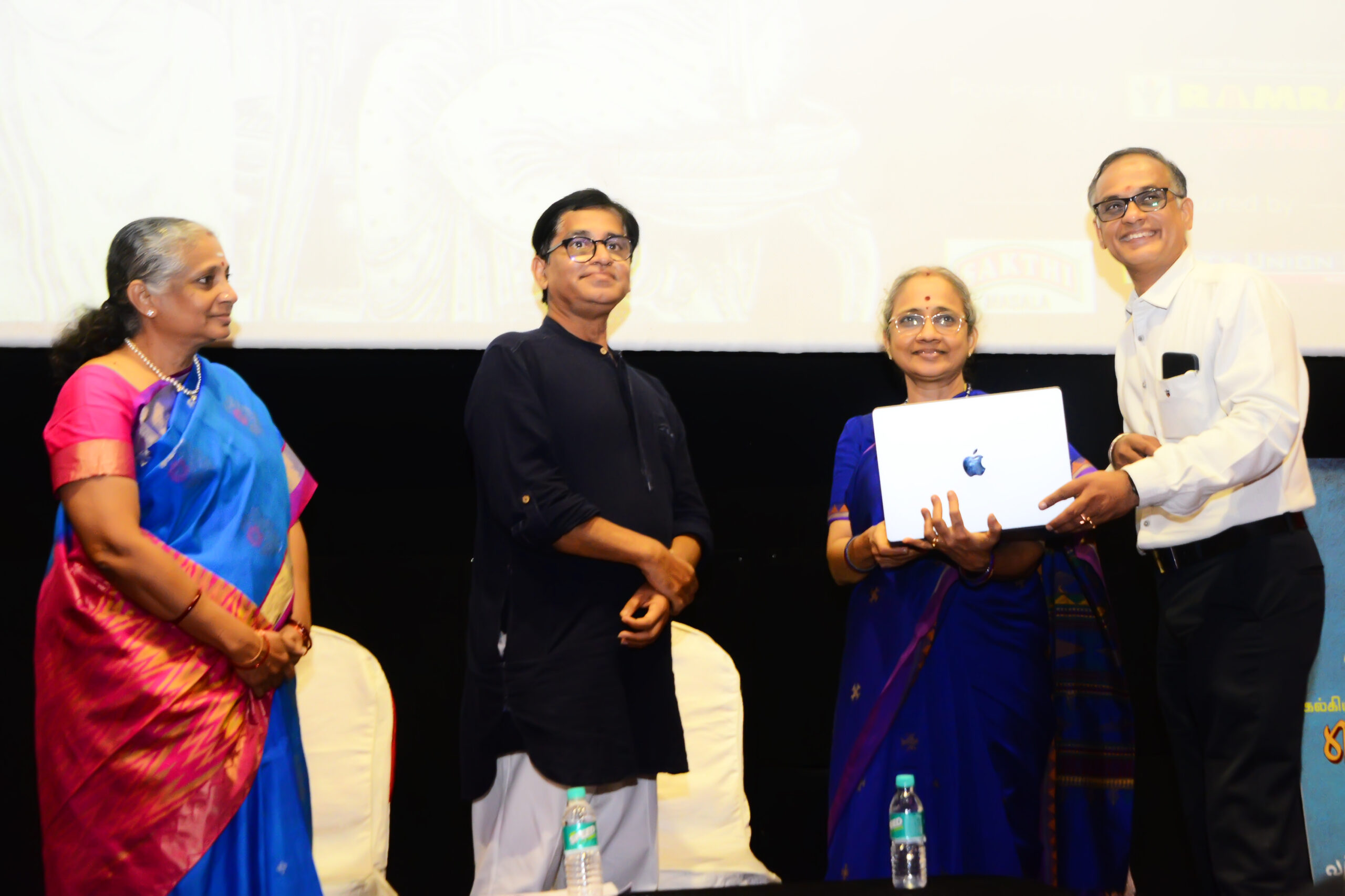 Amidst all this, Kalki Group has ventured into a travel documentary production with much commitment. Keeping in mind that Ponniyin Selvan was born at ‘Kalki’, this production is all set to deliver most authentic information. A gorgeous read and booklover’s dream, Ponniyin Selvan, will now transform into an entertaining and absorbing visual spin off.

The shoot for this production extended over 30 days and a four hour visual treat is being put together to be aired through Kalkionline Youtube Channel as a series of 15 episodes. These episodes will serve as a travel guide too, and take the thousands of worldwide Kalki fans to the places of historical importance, as mentioned in the novel.

Starting from Veeranam lake, where the epic novel begins, the 9 day epic tour covers 55 locations across 10 districts and 8 major towns, unravelling the mysterious of Kadambur Maaligai, analysing the characters introduced by Kalki, finding answers based on the clues given by the author and visiting all those spots that were until now considered unaccessable. The travel culminates at Kadalmallai – Mamallapuram.

Kalki Group’s intention is to export travellers back in time to the Chola period and give them the experience of visiting various locations through the eyes of Kalki, the author. History, Literature and Travel come together in unison throughout this production. Splendour, grandeour and entertainment is not the aim of this show. The intention is not only to share authentic information but also encourage and facilitate Ponniyin Selvan fans across the globe to undertake a trip to these places of historical importance and see the Magnum Opus unfurl in front of their eyes.

Scripted with exuberance and an in-depth analysis of the Chola period, former journalist and historical novelist, T.A. Narasimhan, aka ‘Kalachakkram Narasimma”, will himself carryout the narration for and anchor the entire production paying rich tribute to the author of Ponniyin Selvan, Amarar Kalki.

Busiupadvt has played a responsible role. Rajkamal and his team of youngsters have captured in their camera, the best ever to deliver an enchanting production.

Padmavasan’s illustrations from the archives of Kalki weekly have been included and these will add life to the entire production.

Parry Travels, a unit of Murugappa Group will assist in co-ordinating and conducting the tour, making travel easy and cozy. Given their expertise and experience as tour operators, every traveller is bound to cherish the journey.

Kalki Group is powered by Ramraj Cotton in this project. Sakthi Masala and City Union Bank join in as Co-sponsors.

Bookings for the historic journey are open from August 3rd 2022. For bookings made before 10th September 2022, 10% discount is offered on the rates. Details can be had from Kalki Group’s official website www.kalkionline.com or at 73059 15554.

Kalki Group thanked the Archaeological Survey of India, the State Archaeology department, HR&CE Ministry, temple and palace authorities, Forest Department and the common public who extended much support and co-operation towards the making of this production.

The main release of ‘Paraak Paraak’ the evergreen epic tour is scheduled for Saturday September 24th 2022.