The movie ‘Jiivi’ released in the year 2019 not alone won the hearts of audiences but fetched incredible reviews from film critics as well. What illuminates as a spotlight among all the salient features of this movie is director VJ Gopinath, who embarked on his directorial venture without working as an assistant director. His directorial proficiency was so amazing that many were awe-stricken about his fantabulous caliber as a filmmaker. 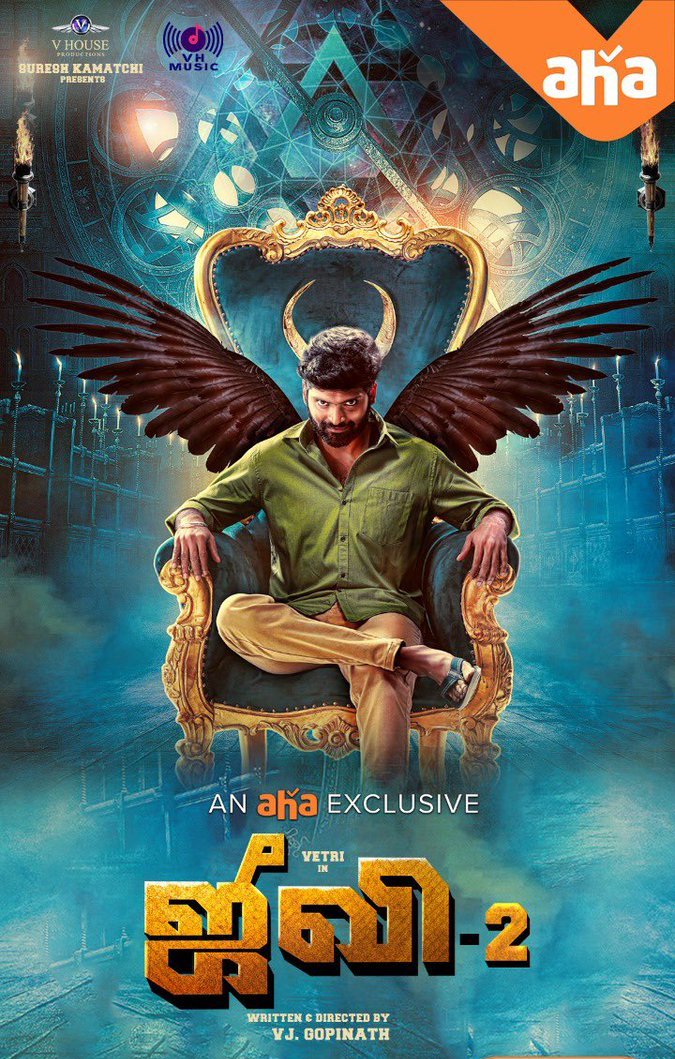 Significantly, the film’s sequel ‘Jiivi 2’ premiered on Aha Tamil OTT App on August 19 has yet again garnered colossal reception among the fans and lovers of the Jiivi franchise. The film’s star cast comprises the same actors from the first part includes Vetri, actress Aswini Chandrashekar as the lead characters, and prominent roles performed by Rohini, Mime Gopi, Karunakaran, Ram, and a few others. Besides, the important role played by Y.Gee. Mahendran embellished the premise of this story with more intensity.

With the second part gaining good reception just as its prequel, director VJ Gopinath shares interesting facts about the making process of Jiivi-2.

“The next day after the release of Jiivi, I signed a new project to direct Vishnu Vishal. Unfortunately, the COVID-19 issues created havoc upon the industry, and Vishnu Vishal had a backlog of other projects, which he had to complete. Hence, he requested me to work on another project during this interim, and then start our project. It was during this juncture, that Big Print Pictures IB Karthikeyan instilled in me the idea of making ‘Jiivi-2’.

With Jiivi-2 released, many have been asking me if I would direct Vishnu Vishal in my next movie. Both of us are in constant touch.

At the same time, he has already lined up the projects that were supposed to get completed for a long time. Since he is occupied with those projects; I have not decided anything about my next movie.

Significantly, the script works for other movies are happening in full swing. Once, they find the appropriate actors and producers, I will immediately start working on new projects… To be honest, I never had a pinch of prediction that Jiivi-2 will get materialized during the release of Jiivi in 2019.

However, while penning the script for Jiivi-2, I created some leads for the third part as well. However, time and situation would alone confirm if there are probabilities for Jiivi-3 to get materialized.

When actor Vetri was approached to play the lead role in Jiivi, he had just witnessed good success with his debut movie ‘8 Thottakkal’. He was so careful in choosing unique content for his next projects. When he listened to the script of Jiivi, he was convinced and decided to play the lead, apart from producing it.

Nonetheless, what surprised me was his gesture. In spite of delivering a decent hit, he came forward and requested me to select him after proper auditions, and started preparing for the role.

He had already gained proper training in acting from the school of Mime Gopi, he took part vividly in the rehearsal for each scene to give the best output as an actor.

However, it was not needed for the second part, for he had already completed working on several projects in the past couple of years, and had become busy committed to many movies.

In fact, he had completed a project just two days prior to the commencement of the Jiivi-2 shooting. Soon after the completion of this movie, he instantly hopped onto another project without any break.

Gaining so much experience, actor Vetri was able to complete each shot in a single take. If by chance, there were any shots getting done with 2-3 takes, it was mainly because of his request as he wanted to deliver performance with more finesse.

It was his amazing performance and contribution that made us complete the entire shoot in a span of just 22 days. Specifically, the way, he was focused on the continuity elements from one shot to the other was so amazing.

Hence, I could personally experience the concept of the Jiivi franchise that says, ‘If you sow good things, you will reap the same in reality.

Actress Ashwini’s role was limited to minimal prominence in the first part. To be precise, there was a sort of disappointment that she didn’t have a single song sequence as well. However, the story of Jiivi-2 opens with her appearance. She has improved a lot in her performance as a visually impaired character. In fact, she delivered an impeccable performance without any hesitation for the intimate scenes with Vetri, which showcases her proficiency as the finest performer.

When I narrated the script of Jiivi-2 to Ashwini, I was clear about her character that although she is a visually impaired person, even she has emotions and a desire to communicate and express herself. She inherited those qualities of the respective character and delivered a flawless performance.

On the other hand, I was a little anxious to know about the feedback of actor Vetri’s father-producer Vellaippandi sir for this song. To my surprise, he was very happy with the way, it was filmed and appreciated me for depicting the emotions in a poetic way, which made me feel relaxed.

Working with eminent actors like Mime Gopi, Rohini, and other well-experienced actors made my job easy. In particular, Rohini madam, who becomes a voracious reader between the shot breaks, would instantly shift into the shoes of the respective camera, the minute, she appears before the camera. I would label this as priceless magic.

As soon as Suresh Kamatchi sir decided to produce this movie, he insisted I not be bothered about the budget and compromise with the creative process. It was him, who suggested I rope in some of the top league technicians. When I told him that I will have the same technicians from the first part, he gradually accepted my request.

Soon after the completion of the final output, Suresh Kamatchi sir screened the movie for his close friends and a few film critics. Usually, during such occasions, we would come across feedback like it would have been better if that particular scene was modified or certain scenes could have been reworked. However, to my surprise, everyone appreciated the movie without making any such suggestions

Initially, when I was informed by the production house that Jiivi-2 will have an OTT premiere instead of a theatrical release, I was slightly disappointed, which made me relentlessly question producer Suresh Kamatchi sir. However, he was so patient in answering all of them and clearing my doubts about why the theatrical release wasn’t possible. If the movie had a theatrical release, I would succeed as a filmmaker, but at the same time, I had to consider the fact that a bunch of big-budgeted movies constantly releasing could have an adverse impact on producer Suresh Kamatchi sir. Henceforth, I convinced myself on this issue with complete satisfaction. I am elated that Jiivi 2 has won the appreciation of audiences from all walks of life with its OTT release.

I am glad that the second part has satisfied and impressed both the fans and producer,” says Director VJ Gopinath.