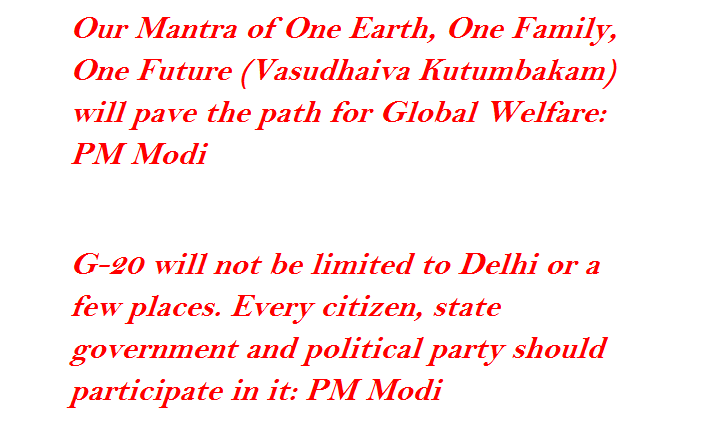 Addressing the gathering, the Prime Minister remarked that from 1st December 2022, India will preside over the G-20 Summit and said that it is a historic opportunity for the country. The Prime Minister said G-20 is the premier forum for international economic cooperation representing around 85% of the global GDP, over 75% of the worldwide trade, and about two-thirds of the world population. Calling this a momentous occasion, the Prime Minister said the Presidency of G-20 during the year of Azadi Ka Amrit Mahotsav is a matter of pride for every Indian. The Prime Minister expressed happiness over the growing interest and activities about the G-20 and related events. 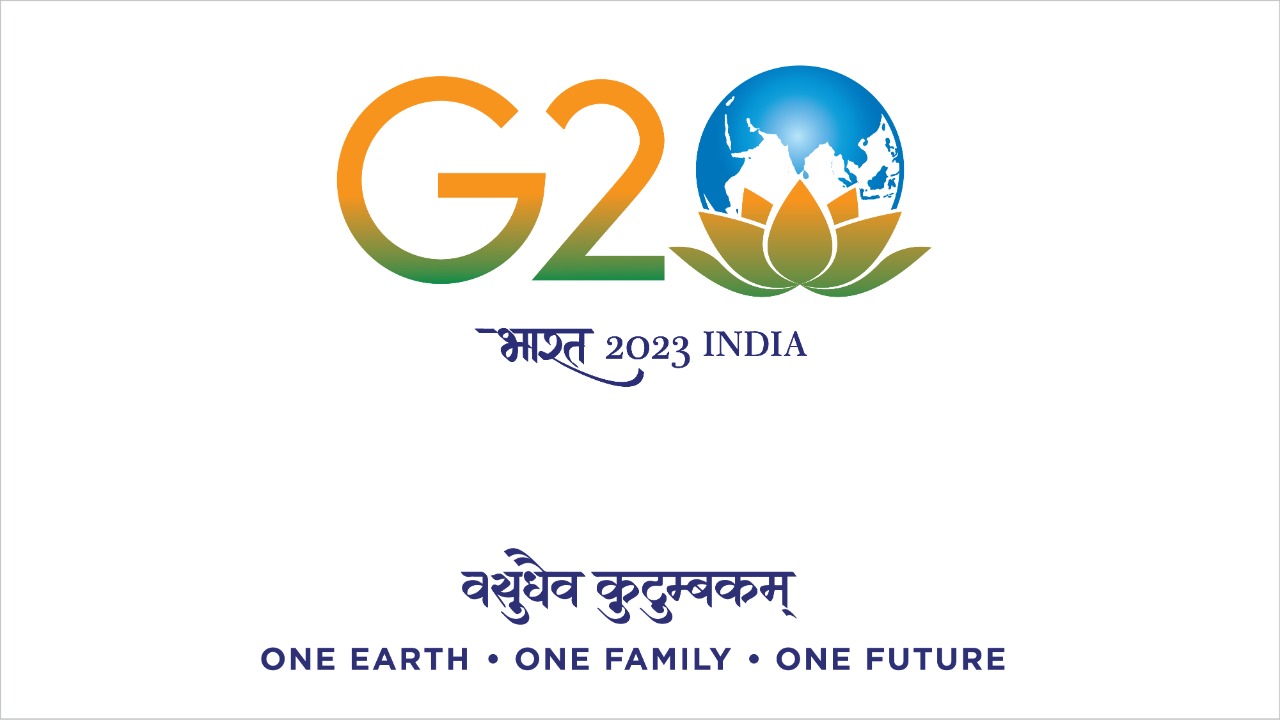 Highlighting the contributions of the citizens in the launch of the G-20 logo, the Prime Minister said that the government received thousands of creative ideas for the logo. Thanking everyone for their contribution he said that these suggestions are becoming the face of the global event. Remarking that the G-20 logo is not merely a logo, the Prime Minister said that it is a message, a feeling that runs in India’s veins. He said, “It is a resolve that has been omnipresent in our thoughts through ‘Vasudhaiva Kutumbakam’. He further added that the thought of universal brotherhood is reflected via the G-20 logo.

The PM remarked that India’s G-20 presidency comes at a time of crisis and chaos. He underlined that the world is dealing with the aftereffects of a disruptive once-in-a-century global pandemic, conflicts and lots of economic uncertainty. “The lotus in the logo of G-20 is a symbol of hope in such tough times,” he said.

PM Modi said that this summit is not merely a diplomatic meeting. Pointing out that G-20 is not an event of the central government alone, he requested the state governments as well as all the political parties to actively take part in this endeavour. He said that the event is organised by Indians and the G-20 is a great opportunity for us to showcase a glimpse of our tradition of  ‘Guest is God’ (Atithi Devo Bhava). He informed that the events related to G-20 will not be limited to Delhi or a few places but programmes will be held in every corner of the country. “Each of our states has its own characteristics, heritage, culture, beauty, aura and hospitality”, he said and gave examples of the hospitality of Rajasthan, Gujarat, Kerala Madhya Pradesh, West Bengal, Tamil Nadu, Uttar Pradesh, Himachal Pradesh and Uttarakhand remarking that it is this hospitality and diversity that amazes the world.

India will assume G-20 Presidency on 1st December 2022. The G-20 Presidency offers a unique opportunity for India to contribute to the global agenda on pressing issues of international importance. The logo, theme and website of our G-20 Presidency reflect India’s message and overarching priorities to the world.

G-20 is the premier forum for international economic cooperation representing around 85% of the global GDP, over 75% of the worldwide trade, and about two-thirds of the world population. During the G-20 Presidency, India will hold about 200 meetings in 32 different sectors in multiple locations across India. The G-20 Summit to be held next year would be one of the highest-profile international gatherings to be hosted by India.