Chennai,5th January 2023 : Commencing the year on a grand scale , Colors Tamil, Viacom18’s Tamil Entertainment channel is all set to telecast the World Television Premiere of Bhaskar the Rascal, this Sunday, January 8th, 2023. The action comedy film stars superstars Mammootty and Nayanthara as the leads. With special partners “Pongal Listla Gold winner Kandippa Irrukanum” Bhaskar the Rascal will telecast this Sunday, January 8th 2023 at 2:00 pm. Tune into Colors Tamil, to witness the quest of two young children , to have a complete family. 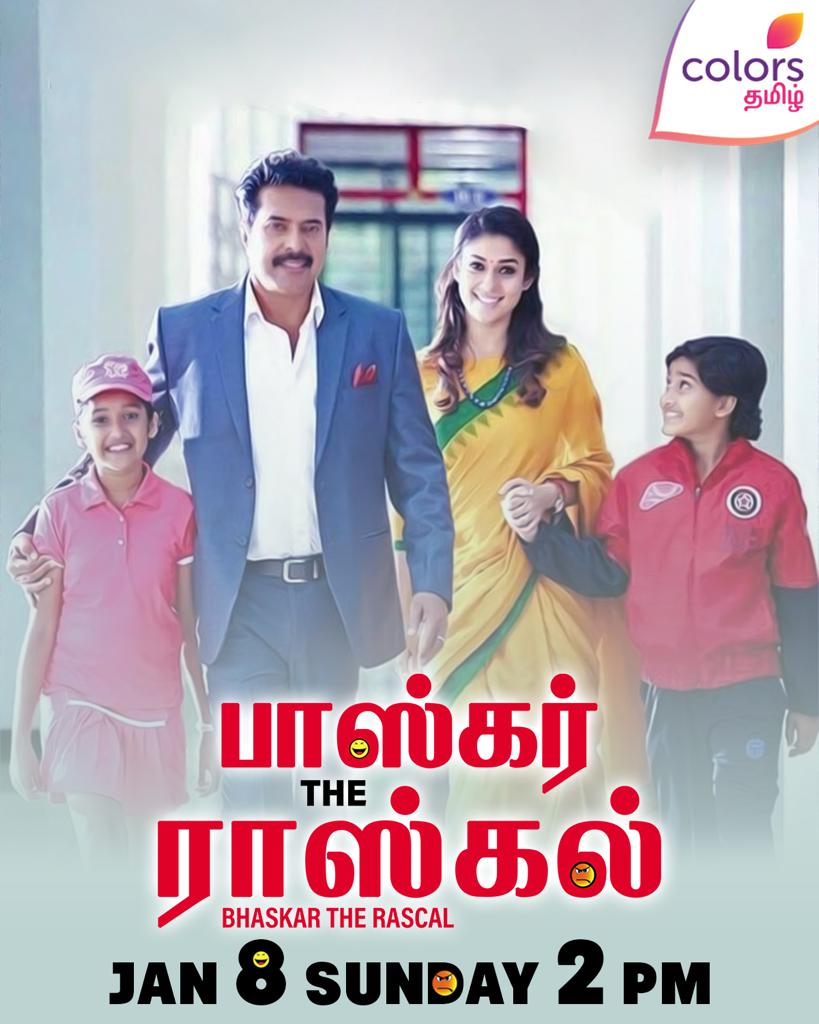 Bhaskar (Mammootty), although being a prosperous businessman, is a widower, harsh in his manners, and prone to picking fights. Shivani (Anikha) and Aadi (Sanoop Santhosh), his son, are great friends. Aadi also adores Shivani’s widowed mother Hima (Nayanthara). The children want to have the two married because Shivani equally appreciates Bhaskar’s bravery. Although personality conflicts are already a hindrance to the same, all hell breaks loose when Hima’s mysterious past is unveiled by a vengeful enemy. Do Bhaskar and Hima come together to fulfill their children’s dream of having a happy family and what pasts come to the spotlight, calls for an exciting watch this weekend.

Commenting on the occasion, Director Siddique said, “My film journey began with Mammootty and I am glad we came together after seven long years for Bhaskar the Rascal. More than an action-oriented format, we decided to take a soft and delightful tempo towards the film. Mammooty and Nayanthara are superstars in the Industry and it was an exciting experience to direct them together. Both of them are fantastic actors and very grounded. I am glad that Colors Tamil is telecasting the film’s World Television Premiere and we look forward to the audiences having a great weekend.”

Adding to this Actor Mammooty said, “I am glad to be working with director Siddique after a span of seven years. The experience working for the film was all the more magnificent working alongside Lady Superstar Nayanthara again. It is a joy to watch her perform and I have seen her grow since our first film together. Bhaskar the Rascal is a unique character because he is a gem at heart but his anger issues is what puts him into trouble, which is very relatable since most of us are like that in reality when we mess things up in the heat of the moment. With the World Television Premiere, audiences will get to watch Bhaskar the Rascal on small screens and enjoy this family-oriented film with their families.