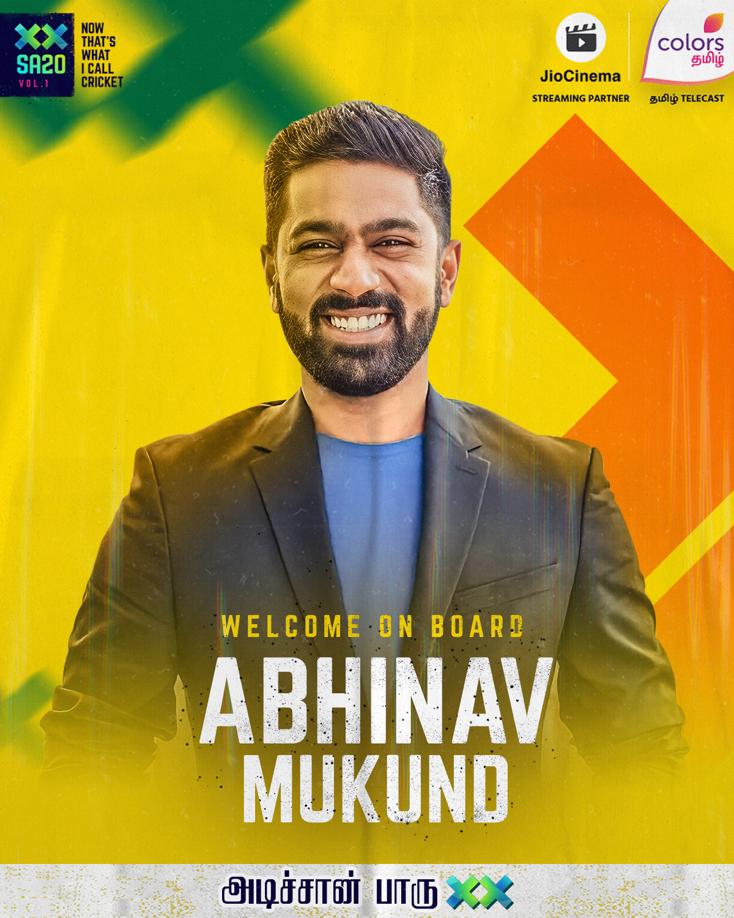 Tamil viewers will be able to enjoy the voices of Tamil Nadu cricketers Abhinav Mukund alongside Anirudha Srikkanth on JioCinema and Colors Tamil. Telugu coverage will be headlined by former India international Venkatapathy Raju, who will be joined by Akshath Reddy, Sandeep Bavanaka and R J Hemanth on JioCinema.

The SA20 starts on January 10 with Rashid Khan-led MI Cape Town taking on Paarl Royals, headed by David Miller. The match will be live on JioCinema, Sports18 – 1 SD & HD and Colors Tamil from 8:30 PM onwards.